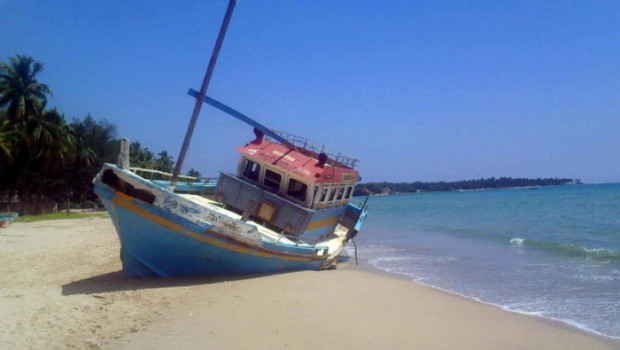 Paradise in a warzone

I found my golden beach in Trincomalee in the northeast of Sri Lanka. 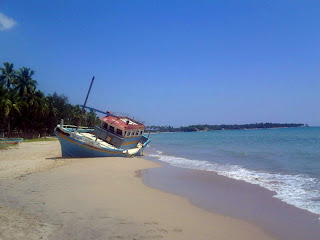 This place should be paradise, but it’s suffered a rough couple  of decades. The north of Sri Lanka is about as close to the south of India as Tasmania is to Australia. So going back centuries, the Tamils in south India have floated across into this part of Sri Lanka. Indeed there were wars between Tamil and Sinhalese kingdoms. Then the British arrived and, true to form, imported large numbers of Indians whom they trusted to run the empire at the coal face and not to  get too many ideas about independence. None of this endeared the Tamils to the Sinhalese and on gaining independence which was largely driven by Sinhalese pressure, the Tamils got seriously marginalised and excluded from all areas of influence. And this gave birth to the LTTE (Liberation Tigers of Tamil Eelam). For about 30  years they have conducted a serious war in this part of the country and at their peak they controlled 15,000 square kilometres of Sri Lanka. They are now officailly defeated, but the resentment still simmers. The Italian-owned guesthouse I’m in employs only Tamils and a separate group decended directly from the Portuguese which is now down to about 1,000 families. Sinhalese would not work happily alongside these groups as they are used to being in control.

Luca and Dona must have thought they had been Irish Buddhists in a previous life and killed a leprechaun, because back in 2003 they opened a guesthouse in the south of the country. On Boxing Day 2004 while serving breakfast, one of their staff ran in and said there was water everywhere – they had received no warning at all of the tsunami. Donna  was on an upper floor and escaped. Luca was washed miles away and survived, but two English guests in their place did not make it… 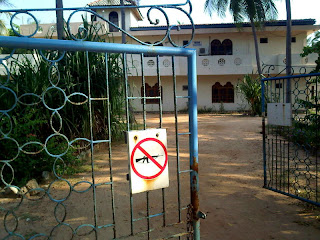 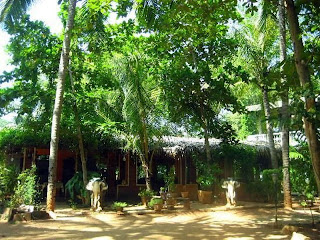 Having lost everything, and contemplated giving up, they finally found the current place in Trinco. At the time, the war was simmering and there were plenty of NGO and UN foreigners who took rooms and stayed for Donna’s  great cooking. This was in June 2006, and in September the LTTE promoted a suicide bombing in the marketplace, killing 30 and leading to the reprisal torching of Tamil businesses. The NGO’s quit and Luca’s guesthouse died. But they hung in there and after 4 months the foreigners decided it was safe to return. That said, they had shelling going on between locations north and south so the shells were passing overhead as they were eating dinner… 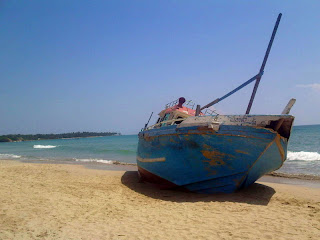 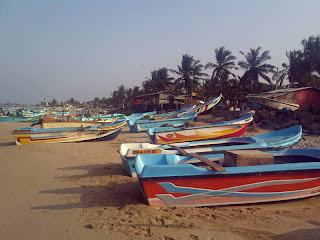 Things are a little better now, but a visit to the fort which guards the finest harbour in south Asia still shows plenty of signs of military presence and a very grudging acceptance of the south Indian temple built at the highpoint. 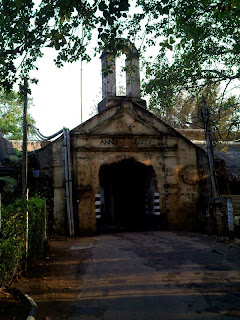 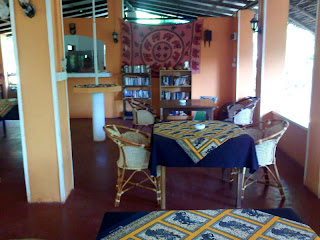 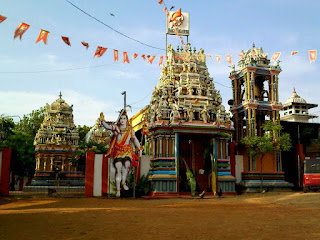 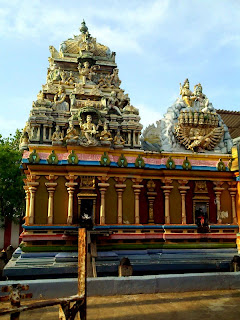 Having a massive beach all to myself is great, but the funniest sight was half a dozen Brahmin cattle wandering down the beach past me in the late afternoon, clearly on a slow progress back home,  but without any human supervision whatsoever (no pics as no camera with me on the beach).
Perhaps the other was the incredible plasticky tat on sale outside the Hindu temple. The guy really sriously thought I was interested in buying a bright yellow fluffy thing about half my size that looked like Animal from the Muppets. 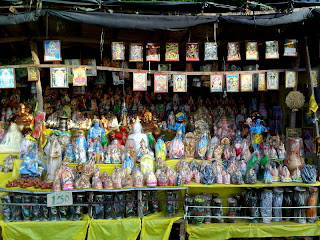 Donna’s  cooking is superb and they have most of the right ingredients as they bring back cases full from Italy whenever they go  back to visit. I went to the local market with Luca yesterday and get the impression I’m the first to do that. So everyone was asking who’s the friend of Mr White (what they call Luca as he’s, well, white-or as white as a tanned Italian can be). He said if I go back, everyone there will have learned who I am. Great fun seeing everything in the raw-from fish; to vegetables I’ve never seen before; to tobacco. Lots of fun.
My last day here is on Saturday and then I fly to Dubai (on an airline called ‘flyDubai’)