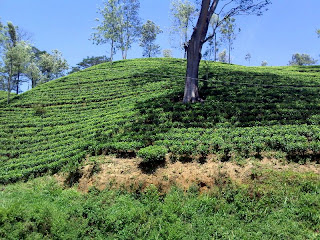 I’ve never seen tea on bushes before today. And when those bushes carpet every spare corner of the rolling hillsides in the pleasantly cool atmosphere at about 5000 feet up in the Sri Lankan mountains, it’s extremely refreshing. Nearly as good as a cup (Liptons of course, since Sir Thomas founded his empire here). I’m now in a guesthouse overlooking a little stream and a view all the way to the south coast. Magical. And as it’s run by a rather old couple, one can almost hear the echoes of empire. That’s not difficult elsewhere either. The army officers have uniforms that must have changed little since the Second World War, policemen still stand point duty at major junctions, the biggest supermarket is still called Cargills, and the railway stations have retiring rooms for clergy – not to mention the kind of cardboard tickets that vanished when I was still a child, but which are solid enough to take a really good clipping from the collector. 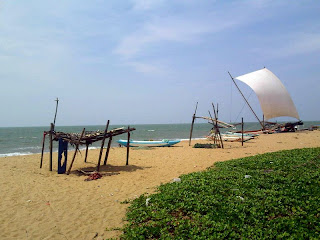 Negombo, on the coast and near the airport, and thus where I started, was not my cup of tea. Too many package tourists from Europe looking for just sun and sand and preferably familar food. I know it’s going to be bad when I have to hunt for local dishes at a restaurant. 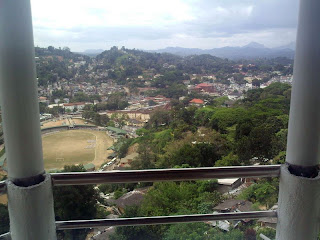 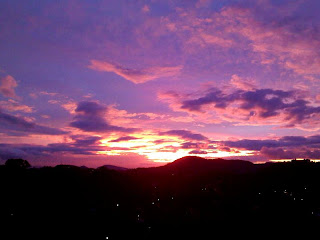 By contrast, Kandy which is the second city of Sri Lanka and the ancient capital, was lots of fun. Set in the hills and home of one of Buddhisms most sacred shrines, housing Buddha’s tooth. Somewhat touristed, but also visited by thousands of devout worshippers. I was very cleverly picked up by a guide at the temple, but was extremely pleased in the end as I got into and around areas I would never have found for myself – including a hall where all the donated buddha statues are housed (interesting to see how the facial characteristics are different from country to country). 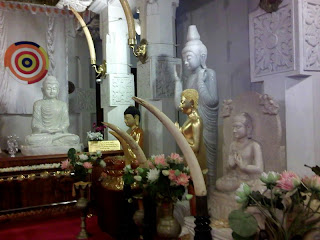 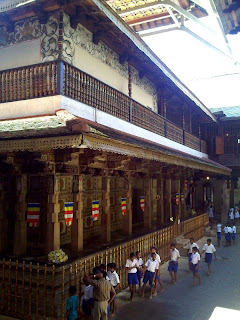 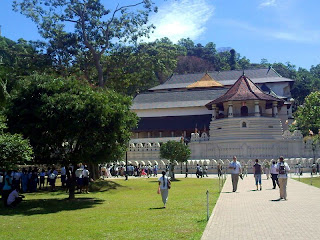 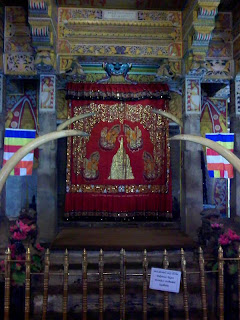 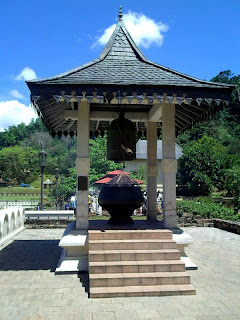 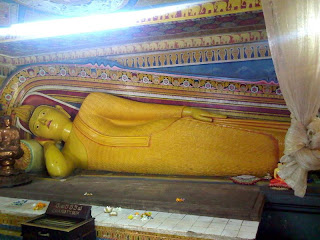 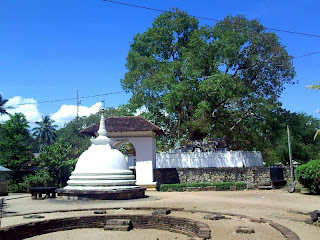 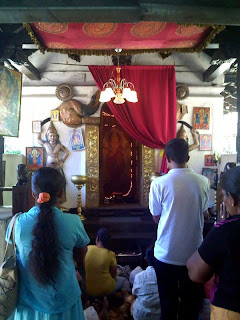 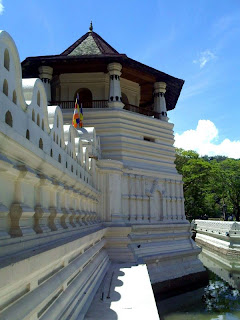 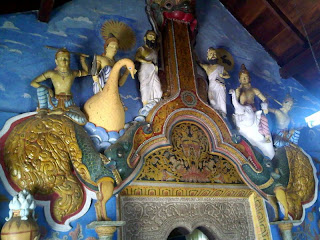 The following day a 20cent one hour train ride took me to caves with multiple statues of Buddha inside – rather like in Burma but on a smaller scale, although the very graphic depictions in wall paintings showing the fate awaiting sinners was something of a revelation about the many ways in which one can impale a human. 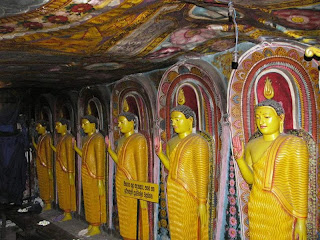 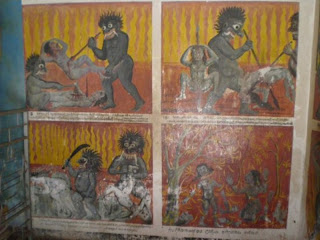 This is a cricket-crazy nation and as Sri Lanka were playing Australia yesterday, I had to bluff my way through many cricket-oriented conversations (mostly shouted ones with tuk-tuk drivers). It was looking like being an interesting match until the heavens opened and wiped the whole thing. Probably a good outcome as neither party felt the loser. 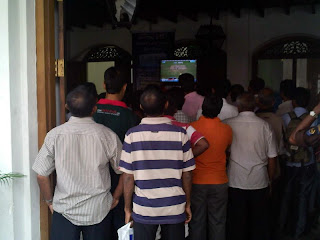 Today’s trip by train into the tea plantations looked like it might be a disaster. For reasons best known to giant bureaucracies, Sri Lankan Railways charges $3.50 for first, $2.10 for second, and $1.50 for third class for the 5 hour journey. First is bookable seating, but very limited in quantity, so even three days in advance it was all gone. And as the system is conducted in giant hand-written ledgers, there didn’t seem much chance of an internet-based workaround. Truth is they could have attached a second carriage and charged twice the fare for first class and still been full. 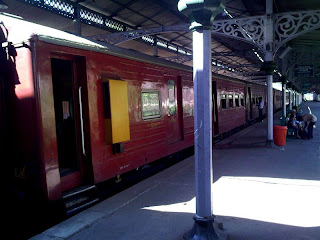 So as a result, quite a large number of foreigners ended up in second class which is sold without concern for capacity. One carriage and half of the buffet car was not going to work. Now when I say buffet car, please visualise something perhaps 40 years old, with two tables attached to the floor but no chairs, and with a tiny access window to the kitchen. The buffet guy got pretty upset that people were camping out in his area and tried to shoo them all away. This worked with the Sri Lankans but not the Germans. Something of a Mexican standoff ensued. Truth is, the Germans were being pretty superior, and the attendant hated it. For my part, I lurked in a corner, bought a 50cent cup of tea to stake a claim, and later a patty for lunch, and after the attendant had finally worn the Germans down to leaving, he offered me their place! Marvellous what a few smiles and a minor bribe (namely a purchase) will do. As we got up into the mountains, I was able to bag a doorway and there ensued a magical two hours of drop dead scenery, waterfalls, mountains, tunnels, and shear dropoffs, all viewed without the inconvenience of anything between me and the view. And tomorrow I’m off to discover the dark arts of tea making…